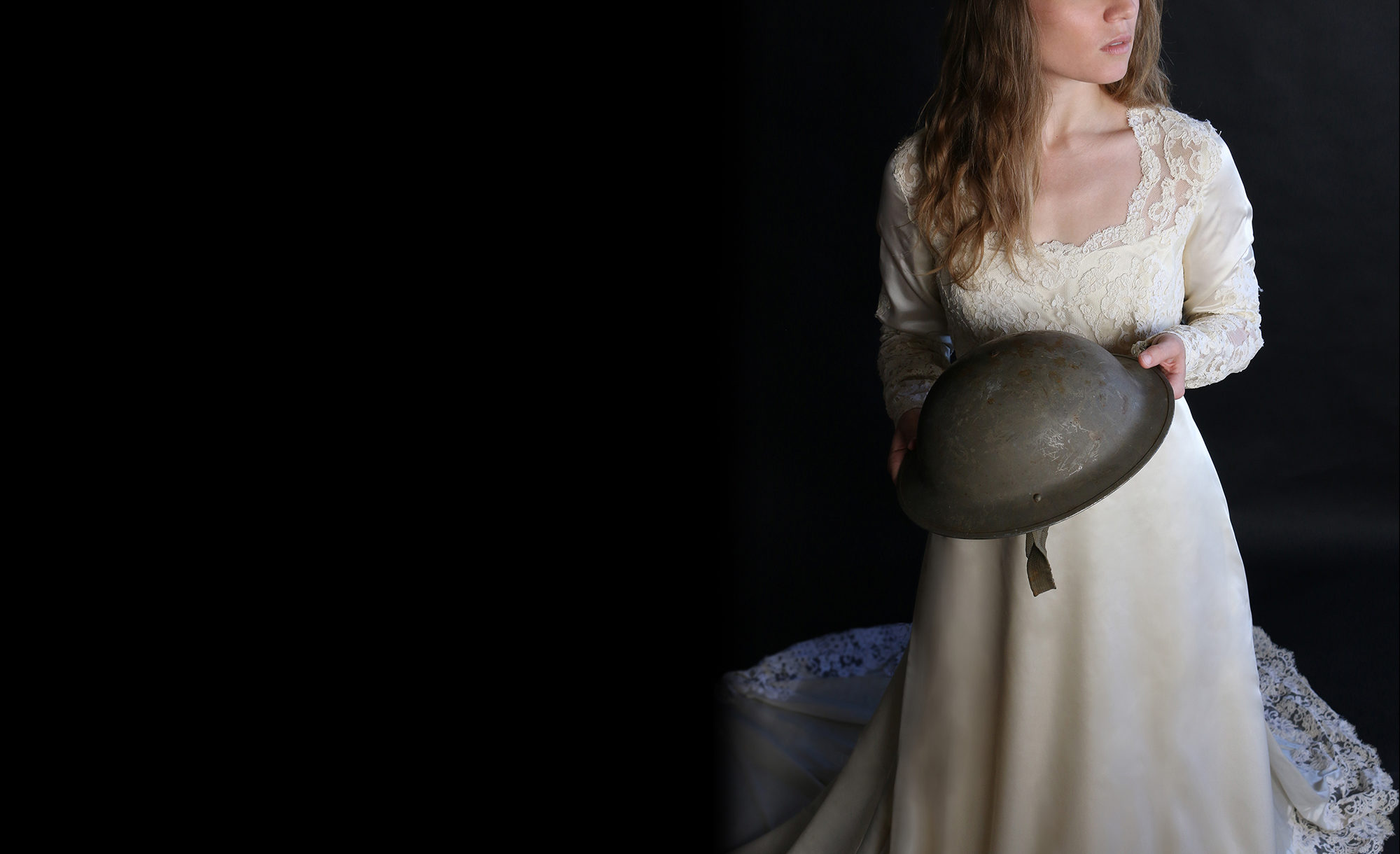 In honor of the 100th Anniversary of the end of World War I, First Folio presents a tale of the price that must be paid when innocence and youth collide with war. A young woman and a young man discover a charming first love, but the year is 1914 and the world is collapsing into a brutal war. Together, they attempt to hide their love, galloping through the fields for a place and time where the tumultuous uncertainties of battle can’t find them. A play with a heart as big as the skies that serve as its stage, Mary’s Wedding is an epic, unforgettable story of love, hope, and survival.

“Keller’s staging moves with astonishing skill…and Chrisler and Balogun are simply terrific.
Mary’s Wedding isn’t designed as an epic disquisition on war and remembrance. But in its own quiet way, it reminds us of how much is lost when the charge to war begins — and how hard it can be for those left behind to make sense of it all and move on from the valley of death.”
★ ★ ★ 1/2    Chicago Tribune

“Director Melanie Keller helms the production with skill, drawing great contributions from her design team (particularly lighting designer Michael McNamara for the gauzy and dreamy look of the evening).  Mary’s Wedding serves as a potent reminder that the personal costs of war endure long after the final battle shots have been fired. That makes First Folio’s production a fitting way to recall ‘the war to end all wars.'”
★ ★ ★    Daily Herald

“Mary’s Wedding is a play for people who want sentiment on a human scale. There are many other works that satirize and castigate the social forces that led to World War I. This one is about how people process loss and find meaning for themselves in forces beyond their control.”
★ ★ ★   Around the Town Chicago All photos by Tom McGrath