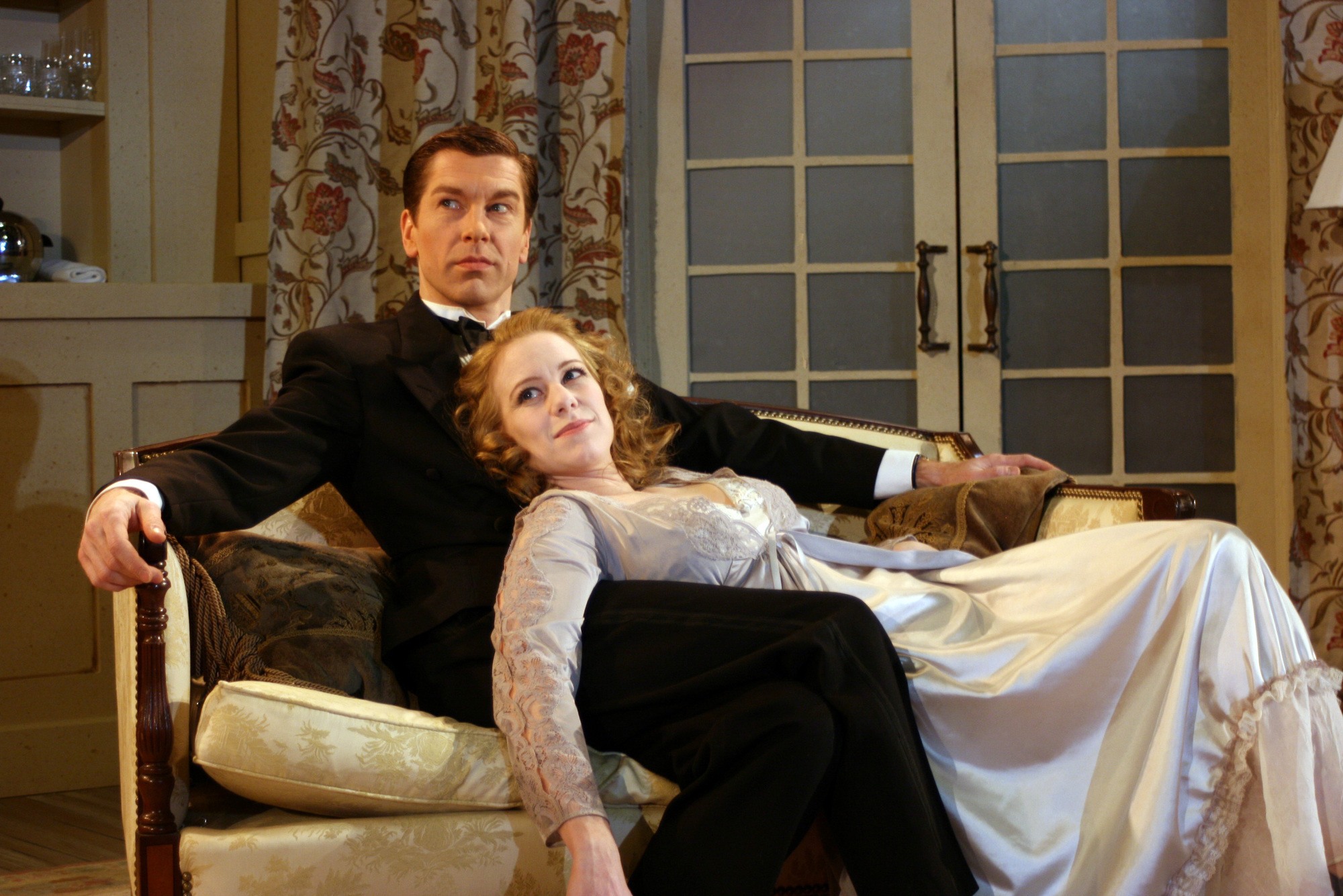 Written by By Noël Coward
Directed by Alison C. Vesely

“Deliciously acted…count on First Folio to warm up a winter evening!” ★★★ – Daily Herald

When Charles Condomine brings his new bride Ruth back to their English country home, his plan is to spend a calm summer working on his new novel. But when the daffy medium Madame Arcati holds a séance, she unwittingly conjures up the spirit of Charles’ first wife Elvira. As Charles and Madame Arcati frantically work to banish the spirit, Ruth becomes increasingly jealous of her ethereal rival and plots the specter’s destruction.