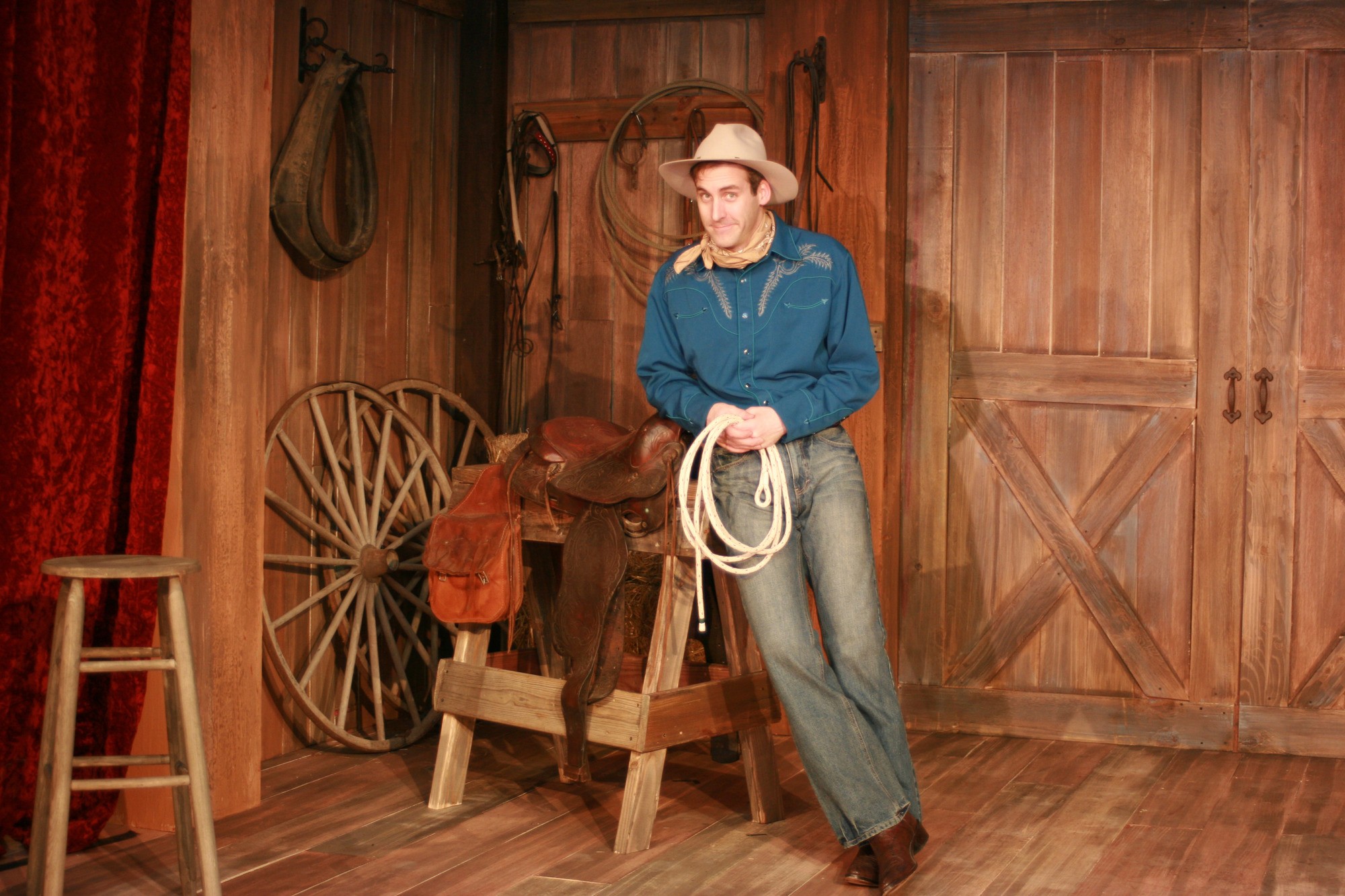 Written by Kevin McKillip, based on the life and writings of Will Rogers
Directed by Alison C. Vesely
Performed March 31, 2010 ~ May 2, 2010

The man who invented stand-up comedy!

“McKillip brings compassion and humility to his portaryal…Will Rogers is still worth listening to.” – Chicago Tribune

“McKillip is a talent of both depth and breadth…spinning yarns and lassos with equal verve.” – Sun-Times Media

“McKillip manages something rare – a one man show that seems to encapsulate not only its subject but all of America as well.” – SteadstyleChicago.com

This one-man show explores the life and times of America’s most popular humorist. At the time of his death in 1935, Will Rogers hosted the most popular radio show in America, had a daily column that ran in over 400 papers, and was the number one male box office star for three years running. In the course of a career that included both Cactus Jack’s Wild West Show and the Ziegfeld Follies, Will Rogers invented the American stand-up comic. Using his trick roping skills to punctuate his delivery, Will Rogers’ folksy humor set the groundwork for every stand-up comedian in the 20th Century. His observations on government, the economy, and society are as timely now as when he first made them. Famous for the statement, “I never met a man I didn’t like,” Will Rogers is the quintessential image of the common man.

On his political affiliations: “I’m not a member of any organized political party. I’m a Democrat.” – Will Rogers

On the Stock Market Crash: “If stupidity got us into this mess, then why can’t it get us out?” – Will Rogers

Click on the thumbnails below to view the full images from Will Rogers: An American Original.