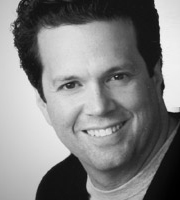 Michael Goldberg has been with First Folio for 14 years, where he has directed, choreographed fights & movement and acted.  At First Folio Michael has directed Cymbeline: A Musical Folk Tale, Twelfth Night; Much Ado About Nothing; A Midsummer Night’s Dream; and The Madness of Edgar Allan Poe (2012 and 2010 productions). He has directed movement and fight choreography on many of Chicago’s stages including the Goodman Theatre, Chicago Shakespeare Theatre, Court Theatre, Lookingglass Theatre, American Theatre Company, Shattered Globe Theatre, and Wisdom Bridge Theatre.Mr. Goldberg also directed the English touring musical productions ofCasper, Spiderman, and The Mask, and was the associate director; fight director and special effects designer for the London West End production of Casper.  The past two years, Michael has been a guest artist at NIU, directing productions of The Ascent of F6  and The Caucasian Chalk Cirlce.  Chicago acting credits include: King Lear(Goodman Theatre); Kabuki Lady Macbeth (Macbeth), As You Like It, Much Ado About Nothing and The Comedy of Errors (Chicago Shakespeare Theatre); Metamorphosis and Hamlet (Lookingglass Theatre); The Merchant of Venice (Shylock), Macbeth, The Tempest (First Folio Theatre); Kabuki Macbeth and Ryujin-no Mai (Art Institute of Chicago); Action Movie: The Play and Ubu Raw (Defiant Theatre); The Midnight Circus (The Midnight Circus); The Flight of the Phoenix (American Blues Theatre); and Kabuki Medea (Wisdom Bridge). Regional credits include Achilles: A Kabuki Play (The People’s Light & Theatre Company, Pennsylvania and European tour); Achilles, Ryojin-no-mai (Japan tour). Television credits include Chicago Fire (NBC) and Early Edition (CBS). He has studied Kabuki Theatre and Dance under Shozo Sato (Nakamura Kanzo IV) for over 20 years and has toured Japan and Europe performing in Sato’s Kabuki plays as well as performing solo Kabuki dance.