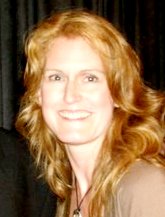 SHELLEY STRASSER (Lighting Design) is a freelance lighting designer and educator based in the Chicago area. As an Artistic Associate with First Folio Theatre, Shelley has designed shows including Salvage, Underneath the Lintel, Tea at Five, and Woman in Black. Shelley has designed for many Chicago area theaters including Full Monty at Drury Lane Water Tower, The Whaleship Essex at Shattered Globe Theatre,  Ring of Fire at the Mercury Chicago, and End of the Rainbow at Porchlight Theatre. Shelley been the Resident Lighting Designer and Ensemble Member with Shattered Globe Theatre since 1992.  She received a Jeff nomination for lighting SGT’s production of The Glass Menagerie.  Favorite collaborations include Judgment at Nuremburg (SGT), Eurydice (Indiana University), Tin Woman (TATC) and How I Became a Pirate (Homewood Flossmoor High School). Shelley attended Eureka College receiving a BS in Mathematics/Theatre and Northwestern University where she holds an MFA in Theatre Design. Shelley is an adjunct professor and designer in the department of Theatre and Performance Studies at Governors State University.